The most-watched international news TV channel network in France “BFM TV” as well as “Radio Monte Carlo” (considered as one of the most popular radio station, for its assumed neutrality) have privatized this super luxury cruise ship on route to Montenegro, where the old town Kotor hosts luxury incentive programs. 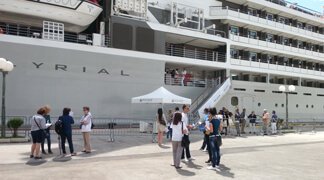 Cafe Forza, located on the main square of the UNESCO protected Old Town Kotor was reserved for the guests casual refreshment break after a journey through the Montenegrin history.

Ten French speaking guides introduced them to the old town of Kotor, one of the best preserved and most beautiful medieval fortified towns in the Mediterranean. Learn more about Kotor. 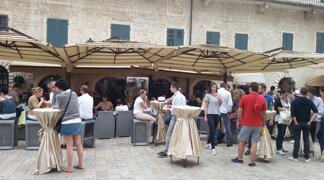 One of kotor’s most significant monuments, the Roman Catholic “Saint Triphon’s” Cathedral was visited. A guided walking tour was organised to the Church of Our Lady of Health, built in the 15th century, half way up Saint John’s Mountain.

The guests enjoyed remarkable views of the fjord Boka Bay, fabulous birds-eye-view of the Town Kotor itself while some tourists were having fun Kayaking along the bay. 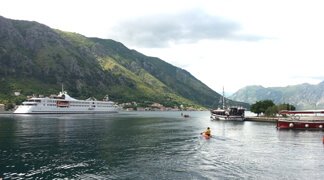 Late afternoon was the time for boarding and continuation of this cruise.

Once again, Talas Montenegro DMC had a pleasure to make the day of these guests unforgettable and special.

Protocols for the New Normal